Photos of Victorian Man’s Experience having Shoulder Surgery in Thailand

Friendly-faced 86-year-old Willem, or “Bill”, had been living with severe shoulder pain for years by the time he reached out to Dr Daniel Donner at World Orthopaedic.  A gentleman with a contagious smile and a zest for the outdoors, Bill’s pursuits of a full and exciting retirement were hindered only by his debilitating shoulder condition diagnosed as severe osteoarthritis and surrounding ligament damage – not uncommon for a man of his age and prolific outdoor activity.

Living in Western Victoria, Bill’s closest doctor was a not-so-leisurely 2-hour trip into the city. Thankfully after only a couple of these round trips, his helpful General Practitioner had arranged for his updated shoulder scans and preoperative tests and Bill was soon cleared for shoulder replacement surgery in Bangakok (Thailand) by the team at World Orthopaedic.

Having already travelled most of the world with his dear wife Hennie, the couple set off on his next exciting journey to Thailand’s Bangpakok International Hospital with a spring in their step despite Bill’s right arm bound in pain.

After a short flight to Bangkok Airport, Bill and Hennie were picked up by the private hospital transfer driver and taken back to Bangpakok International Hospital. After meeting his patient coordinator Gloria, Bill and Hennie were escorted to their private room at the Bangpakok Hospital Private Residences where they spent the first nights of their journey between the hospital’s routine health checkups and consultations with Dr Prachan, Bill’s orthopaedic surgeon who had assessed Bill’s case and provided the recommendation for shoulder replacement back when Bill was in Victoria.

Dr Prachan had discussed the treatment plan with another senior surgeon Professor Pibul and Bill was soon admitted to the ward (picture sitting with wife Hennie in a hospital bed) and prepped for surgery.

Fresh out of surgery, Bill was sore yet appreciative of the nurses’ close management of his pain medication. Within an hour of waking, Bill was meeting with his surgeon to discuss the successful operation before Bill began his rehabilitation and passive motion apparatus sessions (during which machines slowly move the replaced joint through the full range of motion to encourage smooth healing towards a flexible and comfortable free-moving shoulder).

After a few sessions with his surgeon, and a few more with the hospital’s physiotherapists, Bill was able to continue his rehabilitation from the comfort of the hospital’s garden with Hennie’s unwavering support (pictured).

A week had passed since his discharge from the ward and Bill was well on his way to recovery. After one last consultation with his surgeon, Bill and Hennie started to farewell their new friends, the nurses and other international patients. They’d made quite an impact on everyone they’d met at the hospital – with almost two centuries between them of stories to share, their charm was a warm compliment to the textured hospital blankets atop each patient’s lap. According to a number of World Orthopaedic patients in the hospital during the same period, patients weren’t the only ones desperate to learn the couple’s secrets to their 60-year-long marriage. Nurses and doctors weren’t immune to the couple’s charm. The hospital coordinators later contacted Dr Donner solely to thank World Orthopaedic for sending such wonderful people into the hospital’s care.

After returning home on a plane alongside handfuls of medical travellers from around the world (the wheelchair procession of which is pictured), Bill and Hennie soon booked a visit to their “local” doctor to continue Bill’s postoperative care.

With his stitches removed, and the swelling from surgery subsiding, his supportive doctor continued Bill’s care as if he were any other patient. Except Bill isn’t just any other patient. Not only had Bill saved months to years of a pain-stricken life by skipping the public waiting list, by taking his healthcare into his own hands and travelling with World Orthopaedic, Bill had passed his own place on the waiting list to yet another deserving Australian waiting in pain.

“It’s not about the money we saved, it’s about being able to choose life for yourself.” 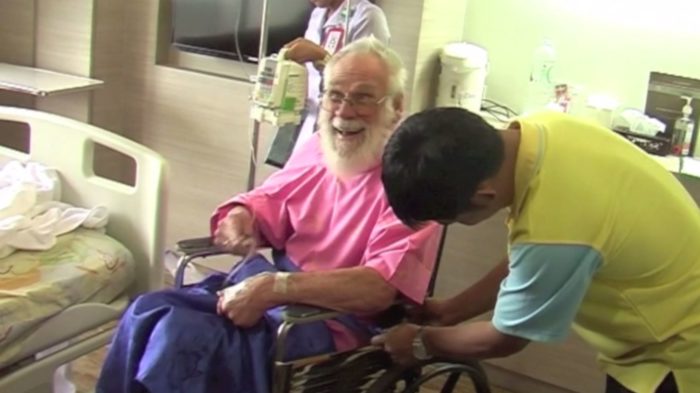 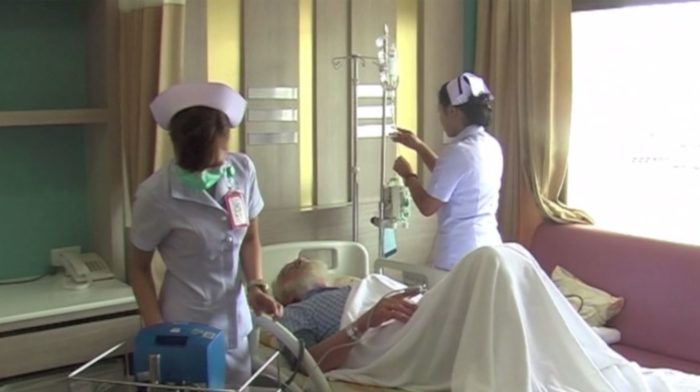 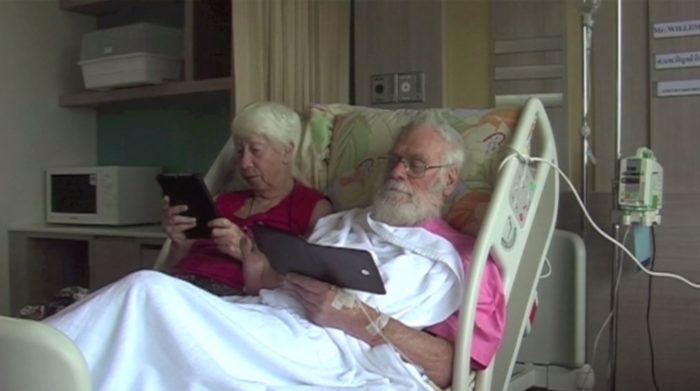 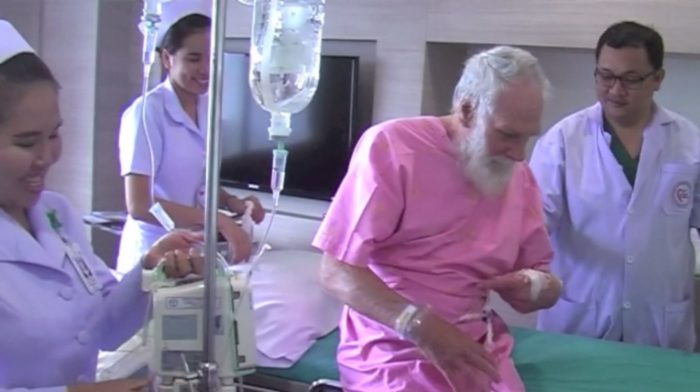 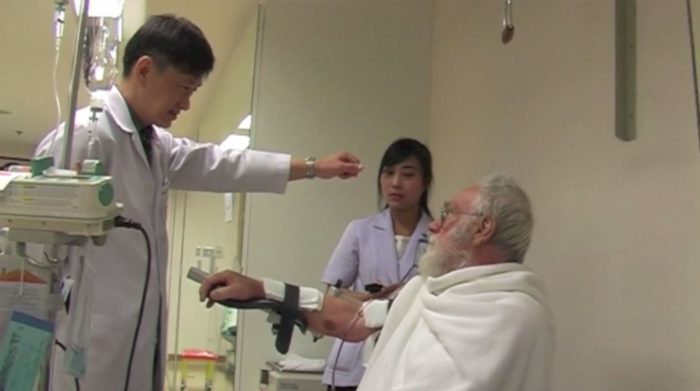 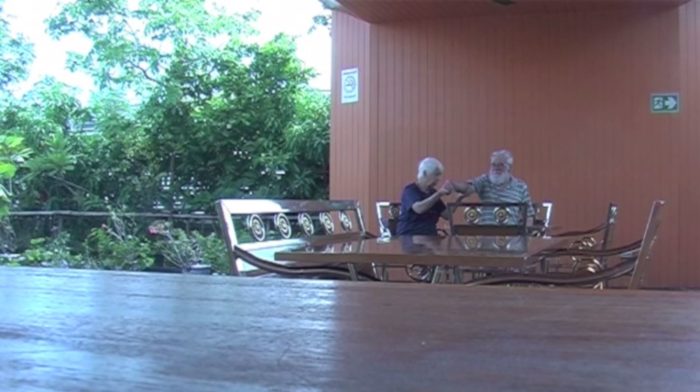 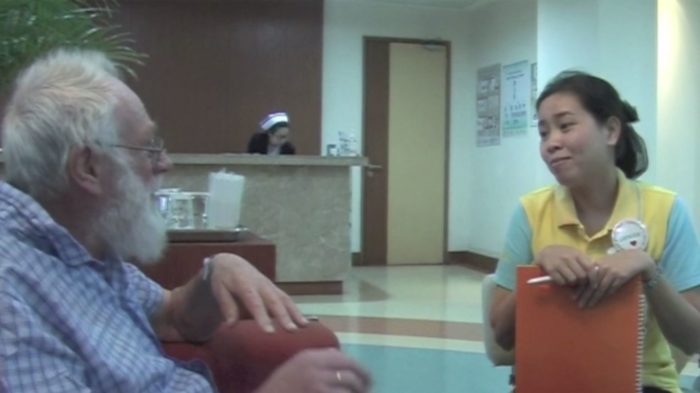 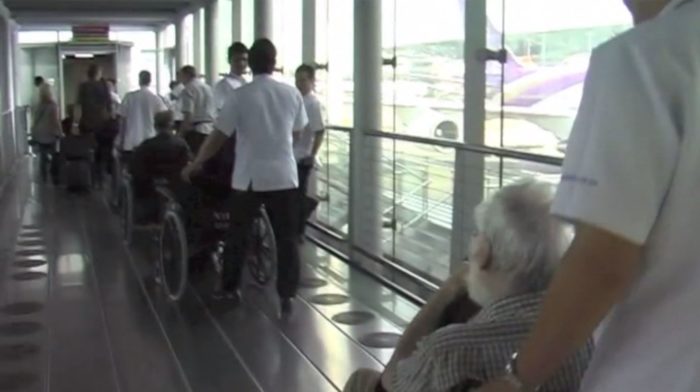 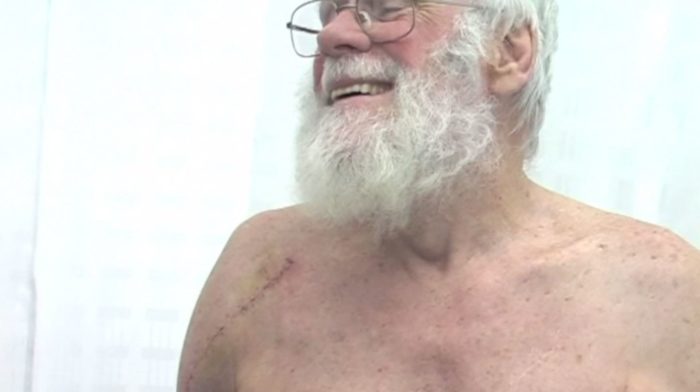 Get your FREE Info Pack!

Have Questions?
Call Us